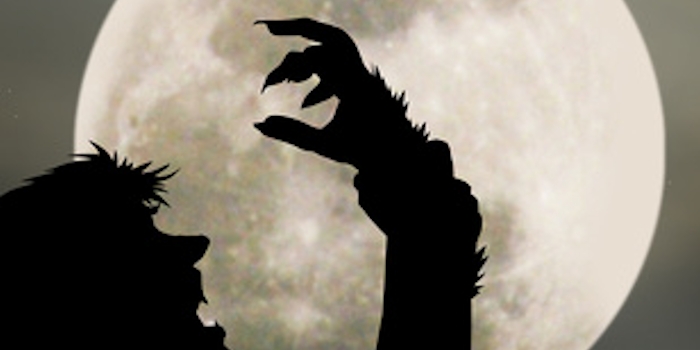 My mother died when I was very young. I don’t remember much about her, just that she went out for food one day and never came back. I was scared, hungry and near hysterical when the old man found me. I’d never seen anyone like him before. He was patient with me. I suppose he understood my ignorant terror. He took his time, offering me first water, then food. Finally, I let him pick me up and he carried me away to his home, all the while shushing me and speaking soft words I did not understand.

I think my mother must have told me about his people. That they lived differently. Were different. That they shunned us. The old man kept me secret for a long time. Never told the others who came to visit at his home that he’d adopted me, that he was my father now. When his people came around he kept me hidden. As I grew to trust the old man I realized he needed me to be a secret. His people had no tolerance for those like me and my mother.

I also realized he was a healer. He lived alone, far away from the village where the others gathered. People came to see him only when they needed his help with an illness or wanted to know where to find something they’d lost or what the sex of an unborn child would be. He had no mate, no children of his own race. He had me and in his way he loved me very dearly. I was fed well and given free run of his land, except when the others came for his magic. At those times I had to hide in the woods or in his root cellar.

As I grew older he conversed with me often and I learned to understand him well, though his language was not the language of my mother. Once when we were eating our evening meal near the fire in his cabin, he must have sensed my questions because he told me, “You must always be on guard, my son. Those others are full of fear and hate. They may try to kill you if they see you.”

This puzzled me. It was clear that the old man was well-respected. If he cared for me would not the respect his people had for him extend to me, the object of his affection? I did not understand his people. He saw my confusion and stroked my head gently as he sometimes did. “Don’t worry. I will always protect you until you are grown and able to fend for yourself.” I smiled at this and he laughed with pleasure when I climbed into his lap.

By and by it became known to me that my benefactor was not just a kind old man. There was something he wanted from me. One night he drew circles on the floor of his cabin and made symbols very carefully, admonishing me not to disturb them with my feet. He sat me in the center of the circle and as the firelight flickered in his old, grey eyes he spoke words I had never heard before. They were not the words he and his people spoke when discussing their business or the weather.

After what seemed a long while, he cut his hand with his knife and reached for me. I cried out when he cut me. The old man’s move had been unexpected. With deliberate care he mixed his blood with mine. He had never harmed me before. The pain was not great. Many times I had been hurt much worse by accident when I was exploring in the woods. I watched his eyes and allowed him to have his way. Still, I remained aware of the knife. Should he decide to inflict a greater wound on me, I would run. He was old and I knew he could not outrun me.

The old man spoke calmly, reassuring me. Then he sat in silence until the full moon appeared in the doorway of the cabin and cast pale light across the floor. When the light reached his body the old man cried out. It was a cry of pain and I moved toward him, but he warned me with one hand to stay back.

Then he changed, slowly, crying out and gasping for breath as his body crackled and groaned, shifting from one form to another. I tensed and attended him with keen eyes and ears, ready to run away if need be. The man’s head rolled on his neck and his eyes clenched shut. He cried out in agony. I realized he was no longer the old man.

As I puzzled over this change, my body jerked with a violent ache. The moonlight had fallen over my body and now I writhed on the floor, unable to stand, unable to run. I cried out to the old man for help. I struggled with the pain trying to watch him, desperately attempting to understand what was happening.

But, the old man was no more. In his place was another, covered with hair, howling at the silver orb that hung in the doorway. With frantic teeth what the old man had become tore at his clothing and escaped the pants and shirt. Before dashing out the door, he paused for an instant to look at me, then unable to resist the call of the night, he raced out into the woods.

For moments longer I remained twisted on the floor, crying out in pain. Then my body relaxed and I gasped air, relieved that the jolts of torment had subsided. When I fully regained my senses, I gathered my energy and walked to the doorway.

The other that the old man had become was familiar. After a moment’s thought, I realized he had become like my mother. Dim recollections of her hairy face and comforting tongue flashed in my mind. The old man had somehow become one of my kind. What did this mean? Would his own people attack him if they found him in the forest? I feared for him.

Then I noticed I was standing on only two legs.

My hair was gone.

My front paws had become like the old man’s. I stroked my own face with one of them. I had become one of his clan. With caution I stepped out of the cabin. I went to the rain barrel and saw my reflection in the surface of the water. A hairless, pale face. I drank from the water, breaking this incomprehensible image into ripples.

Then I walked. I smelled smells I had not really noticed before. I felt urges I had never known. I followed the smells and urges and came to the village. Lurking in the shadows, I listened to the voices. They were jubilant and my heart leapt in my chest with the desire to join them.

I crept to a structure much larger than the old man’s cabin. Light poured out of its many windows and inside others of the old man’s kind were singing and making strange, delightful sounds with tools they held in their hands. The old man’s people stomped around the floor of the place and laughed with delight. A desire to make noises with my mouth to compliment the strange sounds from inside rose in my throat. But, I caught myself before I made a sound. I did not know what the old man’s people might do to me if I became known to them. I clung to the shadows as I realized that while all the others had clothes, I was naked. Instinctively, I knew this was not allowed.

There were noises at the back of the building. Moaning, grunting. I peered around a corner to see two of the old man’s people grasping one another closely and jerking their bodies into contact with one another. One was male, the other female. After a loud grunt the male rose up off the woman and pulled his pants up to his waist. He reached in his pocket and brought out the shiny metal disks I’d seen the people give the old man for his magic. He dropped the disks on the woman and walked away. She sat up gasping for air, gathering the disks into her fists.

Her bare legs were spread and I saw a small patch of hair between them. That curious dark patch glistened in the moonlight. There was a smell that drew me nearer. Without thinking I might be putting myself at risk, I moved toward her. Hearing my feet on the earth, she looked up, shocked at first, then grinning with pleasure.

“What happened to your clothes, honey?” she asked. I could understand her words, but I did not have the skill to reply in kind. She saw my eyes were fixed on her dark, wet spot. “Want some? Come and get it, honey.”

Her eyes moved down my body and she smiled. I followed her amused gaze and saw a fresh, firm growth between my legs. My inner self told me it was this new limb that wanted the woman’s softness. She leaned back on the ground and beckoned me with soothing tones. Her scent, her voice were irresistible in that moment. I sank toward her and pressed my new limb into her. Things I could not explain happened in my body, in my heart and brain. A force like a great wind blew out of me and I rolled over onto my back.

“That was nice, honey,” the woman said, turning on her side and stroking my hairless chest. “I normally charge two dollars for that, but a man without clothes probably doesn’t have any money.”

I understood that she traded this great pleasure for the silver disks, just as the old man traded his magic for them. If I ever returned here, I would bring the disks. How I would get them, I did not know, but I knew the wind that blew out of my heart was worth the metal bits the female longed for.

Wandering through the town that night, I saw much but remained unnoticed, moving cautiously in the shadows. I learned much about the old man’s people. If I wished to learn more I would have to clothe myself. That would have to wait for another time. Before sunrise appeared in the eastern sky, I moved in the direction of the old man’s cabin. I fell asleep on the cabin floor waiting for him.

When I woke, the old man had returned. He moved with a vigor I had never seen in him before. I rubbed my face against his leg. It was then I remembered I had been one of the two-leggeds and that my benefactor had gone on four legs in the moonlight. He reached down and patted my head with affection. “Well, my young friend,” he said, “how did you like being a man?” A confused whine made its way up my throat.

The old man chuckled. “Don’t worry, boy. You’ll only have to be human once a month.”

Watch for the horror anthology ROAD KILL: Tales of Texas Horror by Texans, coming from Eakin Press in October 2016, and edited by ER Bills and Bret McCormick.

[Editor’s Note: If you liked this one, you might also enjoy Bret’s story “Disclaimer,” which we published in October 2014.]