Thank you for pressing the “Accept” option on the previous page and legally completing the transfer of ownership of rights and obligations of authorship in the work of fiction entitled My Five Minutes in Hell (MFMIH), penned by Howard Phillips Derbury sometime in 1952. Although never published during his lifetime, I think you will agree MFMIH is one of the most darkly sinister and truly terrifying tales to emerge from Derbury’s imagination.

You now own this work of fiction and may do with it as you please. All rights to this intellectual property are yours, as well as all obligations of authorship.

No doubt you are as dedicated a fan of Mr. Derbury’s work as I was when I acquired the rights to MFMIH in 1983. How, I wondered (much as you must be wondering at this moment), did such a fantastic and truly horrifying tale by so stellar a luminary of weird fiction remain unpublished all these years? The work was deliberately withheld from publication by Mr. Derbury, just as I have withheld it until now. I cannot in good conscience leave this life without detailing the obligations of ownership/authorship of MFMIH to you and allowing for the possibility that you may escape such obligation yourself.

Surely, you are aware that Mr. Derbury passed from this life on August 16, 2012, after a long, prosperous, and prolific run as one of the world’s best-loved masters of the macabre. On the night of his death, an apparition claiming to be Mr. Derbury appeared at my bedside and warned me of the obligations of authorship of MFMIH and begged my forgiveness for not providing full-disclosure when I purchased the work in 1983. You may also be aware that Mr. Derbury himself had purchased rights to some works of Edgar Allan Irving sometime in the first half of the twentieth century. The apparition insisted that the ghost of Mr. Irving had appeared to him, tormented and in a foul state of decomposition, in much the same way that he (Derbury) was appearing to me. (Let me say that Mr. Derbury appeared to be in extremely poor condition for having been dead less than twenty-four hours.)

The crux of the matter is this: all authors of fiction are required by immutable law to experience the details of their stories in subsequent planes of reality until such time as they arrive at a full appreciation of the impact their tales may have had on unprepared minds. You’ve read MFMIH and I’m certain you would not care to spend even five minutes under the conditions described in that brief story.

For years I tried to convince myself that I did not believe in ghostly visitants and laws beyond the grave, but the fact of the matter is that I have only weeks to live, according to my physician, and after a lingering, often painful battle with cancer I do not feel I have the fortitude to endure the torments so vividly described by Derbury in MFMIH.

It is my sincere hope that you have read this disclaimer in its entirety and that you fully understand your obligations of authorship. Do as you will with the story. Certainly a world of eager fans will welcome an undiscovered tale by Mr. Derbury. If I were you, I would pawn it off on someone else at the earliest possibility. Getting rid of it will be much easier if the thing has not been widely read. The internet provides many ways to connect with potential buyers; methods that were not available to me when I assumed ownership. I will die easier, knowing I’ve escaped all obligations, and yet have left you with some hope of doing the same.

I would like to find myself capable of some verbal flourish to conclude this disclaimer in style, but nothing seems more appropriate than, tag, you’re it. 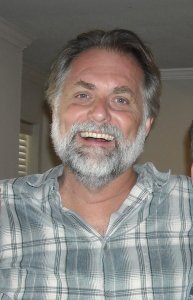