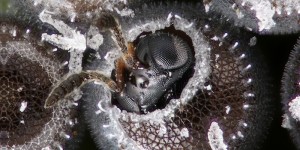 Zantoinell reclined in her bath pool, enjoying total contentment. The hot salt water was divine, and so was being the Supreme One of the Zarkindell Realm.

A viewer overhead chirped and displayed the name Zixdell, her principal advisor. Total irritation replaced total contentment. Her eight feelers, which had been floating relaxed like seaweed on a calm ocean, went rigid, pointing downward. She said, “Connect,” and Zixdell’s aquamarine-hued face appeared. “Why are you disturbing my bath?”

He apologized by touching a feeler to each of his eyes before speaking. “There were several more civil disturbances last night, Supreme One. Your subjects are continuing to protest your high levies, the poor economy, and the outflow of jobs to Earth.” He’d always had the uncanny ability to anticipate Zantoinell’s questions and continued before she could ask one. “Yes, Supreme One, your warriors dispersed the protestors.”

“So why you are disturbing me?”

“Supreme One, I would like to once again point out that the humans are—”

She interrupted. “How many times must I say humans are unimportant. Now stop bothering me.”

The viewer went blank. A pet, an orange-hued Earth cat named Zippy, slinked toward Zantoinell across the polished turquoise floor of the luxurious bathroom. Even she’d been forced to admit, only to herself, that the room’s opulence was a bit much. “Zippy, why do my subjects grumble? My warriors have expanded my magnificent Realm throughout this entire limb of the galaxy and subjugated the other intelligent species. The protestors are all miserable ingrates.”

Zippy had nothing to say, of course, and Zantoinell continued. “Why can’t Zixdell stop blabbering about the humans? Their few planets and small fleet capitulated after two battles, although I’m told they demonstrated innovative tactics. They’re not even fully unified on Earth and have religious conflicts in a place called Palestine. They’re no match for us, and they know it. Earth has paid my levies on schedule for more than eighteen of their years, and you’d think everyone would be happy about all the inexpensive manufactured goods now produced there. Yet Zixdell keeps yammering about their activities in the job, equity, and debt security markets.”

She returned to savoring her bath, almost falling asleep. The loud and guttural sounds of humans speaking her language brought her to full consciousness. The door flew open and Zixdell walked in.

“Why are you intruding?” Zantoinell yelled, her feelers crossed in front of her. “Do you wish to spend several spins in a pain chamber?”

Zixdell appeared neither frightened by the threat nor apologetic about barging in. Rather, his feelers interlaced in the pose of resignation. “The humans, along with your warriors, have deposed you.”

He had neglected to use her honorific, but she decided he’d been threatened and chastised enough for the moment. “Ridiculous. Have whoever claims that dragged off and ended by dismemberment.”

She wished she’d paid more attention to his efforts to explain financial subtleties in the past. However, such details had always seemed beneath her. Rather than ask for an elaboration, she decided to go to the key matter. “A human can’t replace me.”

“Zodemdell is the new Supreme One.”

“That limp-feeler cretin? All he does is bleat about the welfare of the people!”

“Zodemdell and the humans have agreed to exile you on Drelba.”

She straightened her feelers forward in a truculent manner. Three palace warriors watching from the door came halfway into the room, followed by two humans. Zantoinell’s two hearts sank and her feelers went limp. The humans also carried weapons. One had a Zarkindell sonic pulser while the other held one of the unique projectile launchers favored by humans. Her warriors and the humans were indeed working together.

Zixdell’s feelers straightened toward the ceiling with exasperation. “If you refuse exile, the humans will ‘boot your derriere out the front door of the palace’, to use their words. They added a few far stronger phrases that I won’t repeat. Going out among your subjects is a terrible idea. They will be merciless. Drelba is your only possible choice.”

“Drelba? It’s the most unpleasant cold and dry habitable planet in the Realm. Why did they select it?” Her feelers waved in consternation.

“You answered your own question by saying unpleasant. Incidentally, I will join you.”

She had started to acknowledge his loyalty when she noticed the slight drumming of his feelers on his lower torso. He hadn’t been given a choice. Instead she said, “I can’t believe humans brought my Realm down with petty economic and mercantile concerns.”

The slight curling and uncurling of Zixdell’s feelers indicated I told you so, but he had the grace to not voice that sentiment. “Power comes in many shapes. Your warriors are but one. Capital is another. Earth has experienced many waves of economic euphoria followed by calamity, and the humans put their knowledge to work here.”

Zantoinell cowered in a corner of the pool, with her feelers flopping about like a tired old mop. “What will become of me?”

She could see Zixdell felt compassion as he said, “We will all leave so that you may prepare to depart for Drelba.” He then turned toward the door. 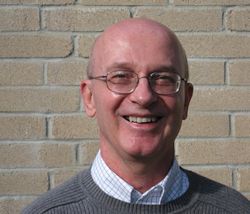 Lance J. Mushung graduated from the Georgia Institute of Technology with an aerospace engineering degree. He worked for over 30 years with NASA contractors in Houston, Texas, performing engineering work on the Space Shuttle and its payloads. Now retired, he writes science fiction. His first appearance in our virtual pages was “Space Program” in SHOWCASE #5 and his most recent appearance was “Searching for Home” in SHOWCASE #13.

3 Responses to Fiction: “Shapes of Power” by Lance J. Mushung