Fiction: “Harbinger of Doom (for the Home Team)”
by Dan Micklethwaite 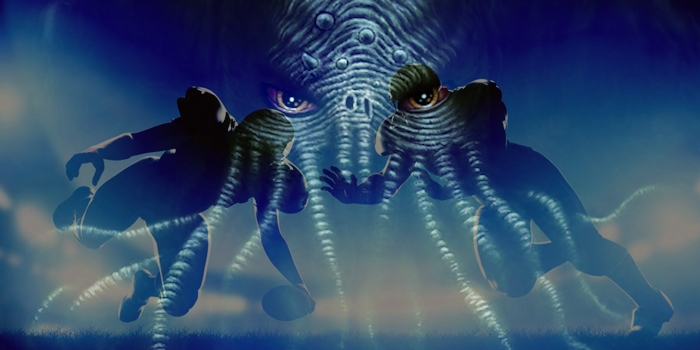 The Deep Ones, they called us. The High Priest of those, they called me—yes, and worshipped me as High Priest of themselves as well. You did. Well, some of your lowly, straggling, mortal kind. All around this tiny, tired rock; in South America, Hawai’i, in Africa, in Greenland, in dull, dank Dunwich, even.

They carved approximations of my form on small, alien stones, as from maddened, febrile reverie they received transmission of my likeness; on towering obelisks, too—black stones in black valleys.

They learnt—I taught them—the way to say my name, to write my words and threats and prophecies in runic marks that burned the eyes to see. I called out to them, what you dismiss as impossible, telepathic, now, and they called back, wishing me good slumber down there in the comfort of my home, in deepest, most unholy R’lyeh; wishing I would wake.

And I looked that way and stood so high. I did. I menaced ships, from time to time, whenever the whim took me, and not one crew, not that of the Pequod nor that of the many-cursed Marie Celeste, was I afraid of. The former’s weak and war-brained Captain, well, he took a profound and unswerving dislike to a spuming and pustular grey boil upon my forehead, and ended worse off for it. The ghost-mates of the latter fizzled out like—sherbert, is it?—between my beak, upon my blistered, bifurcated tongue. And, though the spectral timbers of that vessel lodged between my dragonly fangs, and threatened to riddle my godly gums with a kind of ghoulish gingivitis, it proved no bother in the end; I simply picked them clear with the anchor.

Could you hear me properly, would that sound far-fetched? Oh, do not dare doubt me, mortals. I did all this and more. I snored once in my sleep and wrecked Atlantis; I stirred the sea-floor with a fetid fart and up sprung the Galapagos, the source of so much of your recent thinking.

Specifically—and ironically, I fear now—that train, that chain of thought that says: if it is possible for iguanas to become pink over the generations, for finches to so vary, for tortoises to adapt to such barren, wicked lands as these, then—an outside bet, you grant—it must be just a little possible that the octopus which propels itself slothfully about the aquarium before you has evolved a psychic knack.

That this creature you now call ‘Chuck’ can predict, with nothing more to go on than helmets bearing the insignia of either team, the winner of this afternoon’s big game.

The thoughts of Darwin and his ilk have impacted upon me in quite another manner. As science’s star—oh, the stars, the stars, how I tremble sometimes at the memory of my other, older homes—Where the fnlakgh was I? Ah, yes. As science’s star ascended, has come to occupy and define and redirect the development of your kind, so the old faiths, and those safeguarding their creeds, have dwindled. Likewise, my earthly form—once swollen fit to fill the eighth and darkest, most unspeakable of seas, with the reverence of my children, your forebears, stretching back even to the time your species was but a twinkle in your monkey-uncle’s eye—has shrunk. Withered. Diminished.

You have a vicious little culinary fable—of which in other circumstances I might five-heartedly approve—about how a frog, or perhaps better a lobster, if placed in cool water, will not panic, should that water be heated only gradually, and thereby be calmly boiled alive—sparing in the process, I suppose, your sensitivities, at committing this act akin to murder.

Well, thus it was with me. I slept, as the old song goes, in deepest R’lyeh, and because my dreams remained as large and terrible as ever, I never suspected the change that was coming over my form. And why should I have suspected? What reason had I to imagine that one day I would no longer be able to feast upon seafarers, or rely upon sacrifices offered up by members of my cults? That those cults might thin and weaken and retreat to mildewed corners of this…Internet, this place where people think they know better than to believe you, no matter what you write.

That one day I would wake shivering at being so far from the sun, and have to surface, oh-so-very-slowly, to guard against the bends. That I would have to forage for my own food; and, in doing so, be caught inside a wooden cage whilst gorging on a similarly trapped crustacean—unboiled, I should add; you savages—along the shoreline off of Maine.

And, with a further irony that cannot help but cheer me now, looking out at all your gullible grins and slack-jawed expectation—that group at the back especially, clad in the colours of the home team, head to foot, with no expense spared on either face-paint or replica jerseys—doesn’t this prove that the gift of prognostication you’re awaiting demonstration of is now, at best, a trifle…iffy?

Hmm…perhaps I was complacent in my slumber. I suppose this—you, and your gathering, your press-conference—is a wake-up call. I took my worshippers for granted, didn’t deliver upon enough of the promises I made when I appeared to them of nights.

I enjoyed too much the adulation, the followers approaching me with their souls exposed and ready for signing with my black and cosmic ink—you sportsmen in the audience, who count marking an attractive woman’s bosom with a Sharpie the high-point of your fame, have really no idea—I thrilled (a cheap sensation, I’ll admit, and unbecoming of such a powerful and eldritch being as I) with each rough-hewn, unflattering carving they made of me, no matter how many tentacles they added or missed off; with a face like this, my vanity was never going to be a physical one, was it? Rather, it symbolised a triumph of my mind, of the ability of my dark designs to hold imaginations.

I just assumed those followers would avoid distractions such as civilisation and technology, and be there to help me carry those plans out, when I finally awoke.

Now, though—now you do not sculpt, but take photographs for your tabloids and blogs, take films for the few seconds of your nightly news that don’t concern such hatefulfilling things as thievery and war. Now, you value my ideas only in so far as you think they’ll lead you to a safer bet, a greater chance of winning.

Winning what, I ask you, you snivelling, short-sighted drecks? This match, two teams of full-grown adult men who could and would serve better as enforcers of my legions, tossing a misshapen ball about a field too green, too summery, too…well-maintained? Winning a little extra pocket-money, to squander on drink and smartphone games?

Your flashbulbs and microphones call out to me, as your ancestors once did with their blood and their bones, and beg me for an answer. You want, all of you, so very badly to know what will happen.

Oh yes, you say. Come on. Tell us, o mighty Chuck, the psychic octopus, who’ll be celebrating as the champions tonight?

Very well, seeing as you’ve waited patiently throughout my tale, I suppose I can try hard to muster all my sagely skills, my premonitory wisdom, in order to clue you in…

Hear this now, you woebegone fools! These teams, they will take to that field this afternoon beneath dark and red and roiling skies. There will be thunder. There will be lightning. And there will, of course, be blood! Away at the coast, the seas will boil; your false churches and faiths—and your sciences, too (yes, even sports science)—will crumble. The ground will give way and all this stadium, all of this society, will plummet untold distances into the vast abyss, and I, I will rise and grow and hold sway over this wretched, ruinous rock once more!

But, of course…you lowly, ill-equipped mortals no longer hear my mind, no longer have that gift…

Ah, well—I shall content myself with jetting towards this helmet on the left, then—the away side, isn’t it, the underdogs?—and coiling a tentacle or two between the wires of the visor, hoping that, through this simple act, you can comprehend the damned immensity of all I’ve had to say.

Indeed, if that group at the back is anything to go by, with their scarves and jerseys and face-paint, then even the mere idea of such defeat will seem a vision of the end… 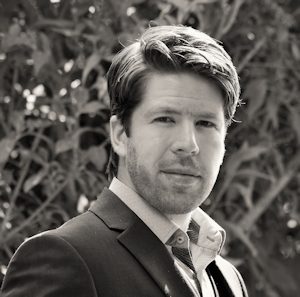 Dan Micklethwaite is a freelance writer and novelist based in the north of England. His most recent short fiction has been featured or is forthcoming in Unsung Stories, Metaphorosis, and Flame Tree Publishing’s Swords & Steam anthology. His debut novel, The Less than Perfect Legend of Donna Creosote, has recently been shortlisted for the Guardian newspaper’s ‘Not the Booker’ Prize 2016. Follow him on twitter @Dan_M_writer for more info.

One Response to Fiction: “Harbinger of Doom (for the Home Team)”
by Dan Micklethwaite