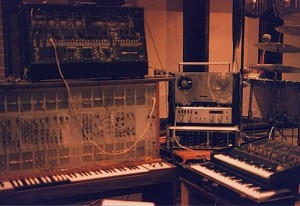 From the Dept. of Gratuitous Plugs:

National Composer Night Out
On Thursday, May 14, 2015, composers through-out the United States will be connected physically and virtually in a tapestry of events designed to raise awareness and foster a sense of community for the composers and others who create new music in their area.

We call it National Composer Night Out—an evening when composers, performers, producers and fans of new music are invited to host an event of their choosing and/or submit an audio file with a short sound bite of a new piece you’re creating. These clips will be mastered into a Musical Paper Chain that will capture the diversity of music being created today. […read more…]

Some of you know that I didn’t set out to become a publisher, an editor, or even, for that matter, a writer. Deep in my inmost heart of hearts I’m still a musician; I’m just on a somewhat longer than usual break between paying gigs right now.

About thirty years,  the last time I checked.

But yes, long before I became a published writer or joined SFWA, I was a member of the Composers Forum. While not exactly present at the creation, I was one of the earliest of the early joiners. If you’d gone looking for me forty years ago, you’d have found me—well, most likely in a recording studio, but if not there, then hip-deep in something like this National Composer Night Out thing, and thrilled to be a part of it.

I don’t talk about those days much. In part it’s because I’ve always been more interested in what I’m doing now, or what I plan to be doing next, than in what I’ve already done. In another part it’s because I got tired of answering questions like, “Are you really just two degrees of separation away from Liberace?” (Yes, and Les Paul and Prince, too, but let’s not talk about them right now. {“Okay, then do you really have photos of yourself hanging out backstage with DEVO?”} Yes. Maybe. In a box up in the attic somewhere, unless my ex-wife threw them out. Which is a distinct possibility. Can we change the topic, please?)

In third part, I don’t talk about those days much because my memories from back then are not entirely happy. There was a lot of sniping, bitching, and back-biting going on. Composers, like many writers, tend to be a prickly and competitive lot. It still stings a bit to think of the “friendly competitor” who landed a big fat arts grant simply by copying something I’d shown him how to do a few months earlier, or the composer who built a successful and lucrative career on a modicum of talent coupled with a true genius for self-promotion, or the guy who succeeded in becoming very famous, albeit very briefly, by being so very, very obnoxious…

Or of all people who were good friends then, who didn’t make it into this century. Music and theater are joined at the hip, and step-siblings to rock ‘n’ roll. I knew far too many people back then who made what turned out to be very poor lifestyle choices, longevity-wise.

Perhaps I should talk about those days, one of these days. My experiences back then shaped and continue to shape what I’m doing now. My usual flippant answer as to why I quit doing music and started writing fiction is that I discovered, seemingly by accident, that when you write a story, you don’t need to rehearse or perform it. Sometimes I extend that answer to add that when you’re writing a story, your characters never flub their entrances, skip rehearsals, whine about their parts, or arrive on opening night too drunk to find their way onto the stage or too stoned to remember what they’re supposed to be doing out there once the house lights go down and the performance starts.

I hear all the time from aspiring writers who are agonizing over “finding their voice.” I’ve never worried about finding mine. After all those years in recording studios I was quite familiar with it, and to be honest, none too fond of it. What I always wanted to find was someone else’s voice. I had the good fortune to work with a few sopranos who were much better than the material I wrote for them, but as for male vocalists—well, see the preceding paragraph.

The more I think about it, though, the more strongly I believe that writing fiction is exactly like creating music in a recording studio. A really good piece of fiction is a storytelling performance, decoupled from real time and captured in a media format that exists independently of its creator and can be replayed as often the listener likes. When I write a story, I am performing a character, and it’s his voice and his story that I’m trying to capture.*

It’s odd that it took me so long to see this. Most of what I consider to be my better stories are written in first person. For decades I’ve been having run-ins with fans who didn’t seem to grasp that I am not the p.o.v. character of whichever story of mine it was they so deeply loved or hated. It never occurred to me that my need to read a story aloud—sometimes several times, while making slight changes each time—before declaring it finished was anything more than a peculiar tic.

I recognize it now, though. I perform my stories, to be recorded in the medium of written words. And sometimes it requires twenty takes to get the track just right.

Which brings us, in a meandering and roundabout but completely intentional way, to the point of this column. When I heard about the National Composer Night Out, I thought of an old semi-friend from those days, now dead and gone. Back in the day I didn’t think he had much of a future: he wrote a lot of dissonant, atonal racket, because when you’re young, it’s easy to mistake the attention you get for being irritating for the attention you get because it’s merited.

But then he decided to change instruments, and began to write for mixed-voice vocal ensembles. And when he died, he left behind some of the most beautiful modern choral music you will ever hear.

That’s the lesson here for writers. When you write a story, it’s not really about the words, sentences, or paragraphs: you’re creating a performance, to be played later in the reader’s mind. Your characters are your instruments, so choose them carefully, and treat each and every one of them with respect. If you choose to write for the most powerful and beautiful instrument of all, the mixed-voice ensemble—the Vox Humana—remember that each of your characters is an individual; each is unique (believe me, I know from experience, there is no sound more boring than that of the same voice multi-tracked eight times); each must be given an interesting part to perform; and each performance must make a contribution to the whole.

And if any of your characters don’t meet these criteria: get ’em off the stage!

* his, hers, its, theirs: I use the masculine singular pronoun here for convenience’s sake, not for any other reason. Though I will admit, I still have trouble writing a good part for a real diva soprano.

One Response to Nonfiction: “Vox Humana” by Bruce Bethke