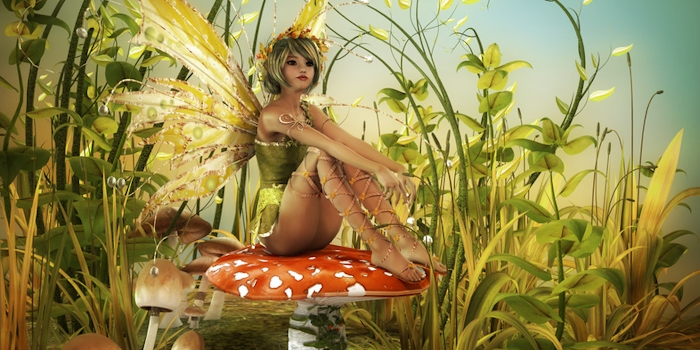 Master Peaseblossom sits alone in his dark workshop. It is a haggard, wheezing old thing: The walls sag beaten and bruised black; the floor, half-drowned in clutter, struggles to catch its breath beneath the heavy odour of saltpetre and sulphur that hangs over it like an old London fog.

Master Peaseblossom’s liver-spotted hands are closed around something round—a paper ball the size of an eagle’s egg. Inside it hide colonies of rice husks coated in gunpowder, packed between strata upon strata of volatile metal salts and brightly burning nitrates, recently pounded together in the mortar that lies not too far from his right hand.

The latch lifts on the door. A gentle knock precedes the calling of his name:

The workshop is silent. The movement of the door disturbs the dust long settled in the gloom and sends shafts of setting sunlight to collide with the newly excited motes.

“Master Peaseblossom? Everyone’s waiting for you. Is everything all right?”

The rays of the sun alight on his face. It is old and grey; the loose skin, into which sadness or loneliness or perhaps a bitter combination of the two has carved deep grooves, hangs from his cheekbones like a pair of lizards’ dewlaps.

A paraffin lamp stands cold on the table.

But Master Peaseblossom does not reply.

People, Master Peaseblossom told me once, did not glow as we do. Could not, by their very natures, light up the darkness, shine with their own cold biolume, call the glow worms from their gloaming dances, tempt the marsh fires to come floating along the Milky Way road like a flock of brazen clouds blown by an evening breeze. They had to make their own light, he said. They made their own glowing from the fire in their minds and their souls. And every year, he said, they lit up the dark skies with colours and noise, to keep the malicious spirits at bay during the winter calends.

“S’tricks, Mab, that Peaseblossom’s a few stools short of a ring,” says Moth, reclining on a tree stump. “All that human rubbish—don’t you get tired of it?”

“You know what I think?” says Cobweb, a smug look creeping over his face.

My scarlet glow silences him. He knows better. But there have been rumours. I half believe them. Each year Master Peaseblossom’s back becomes more bent, his skin more sallow, while the rest of us stay fair from season to season.

There are only four of us gathered at the old yew. And all are here on my request—Moth and Cobweb are only here because they want to dance with me at the next full moon; and Lull is here because I bribed her with a beetle shell that gleamed emerald green like Moth’s eyes. No one comes to Master Peaseblossom’s displays anymore. In fact, they’re something of a joke. A lot of the fair laugh at him, dismiss him as a peddler of pops and sparks and cheap tricks. But I have always loved his displays of unnatural colour and light. I look forward to them; they remind me of something—stir up a memory of something I can’t quite remember, like recalling the already partial memory of a dream.

It is getting cold. But it’s just an excuse. The cold doesn’t bother us. It’s code. Code for I’m losing interest.

Master Peaseblossom’s barrow is out on a ridge far from the rest of the barrows. It looks out over a large plain which is overgrown with snaking grey weeds. When Master Peaseblossom talks about them he calls them super high weeds, even though they’re far below us. I think it’s a joke of his. But I’ve never understood it. And anyway, Master Peaseblossom seldom laughs. Beyond the plain, the great standing stones begin to rise. Moth says they look like the bones of a giant creature, stripped bare by the strong winds of the great plain. And sometimes, when the sky angers and begins to churn out grey clouds, they do. But now, in this light, to me they look like lightning-burst trees, red and orange and yellow. They smoulder in the setting sun, their scorched barks coruscating like the embers of a fire long gone out.

The paper ball is in my hands when I return.

“He’s not coming?” says Moth. His colour shows barely stifled annoyance. “S’tricks, is he dead or something?” He laughs at his own joke.

“This?” I produce Master Peaseblossom’s flint fire-starter. Our biolume is bright but it produces no heat.

“How do you use that thing?”

“Just put the shell in the tube,” I say. I’ve seen Master Peaseblossom do this, many times. But the memory of it is fuzzy. Our memories don’t hold their shapes for long and float away each year like dandelion seeds.

It takes us a while, but finally we get everything ready. The fuse takes, hisses, disappears into the tube. We stand around waiting. Then, a crack louder than the roar of the summer storms. And up something shoots, buzzing like a dragonfly, straight into the air, and in a moment of silence and anticipation, the whole world pauses to take a breath. And then the night is night no more, but aglow with stars that put to shame the pinpricks of light that peek through Oberon’s crow-feather blanket. A flower blooms in the dark, made not of biolume or marsh fire or glow worms, but of invention, of the cunning combination of elements in exact proportion.

“Invention and destruction go hand in hand,” Master Peaseblossom told me once, his head held low. “That’s why the fair folk don’t die.”

That final blossom of fire brings a tear to my eye.

“Yes,” I say to Moth. “Master Peaseblossom is dead.”

Dafydd Mckimm was born and raised in Wales, but now lives in the Far Eastern city of Taipei, where he spends most of his free time reading and writing speculative fiction. You can find more of his work at dafyddmckimm.wordpress.com.