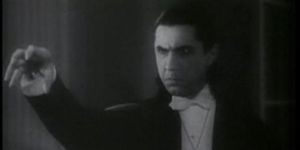 I’d been born and raised in sunny Florida, so isn’t it ironic that the one thing I fear most in life is a night-stalking bloodsucker? I’ve spent many nights staring out my bedroom window at eyes glaring back at me from the trees.

My friends and family think I’m crazy, of course. Which is why they will be utterly horrified when they see my lifeless body completely drained of blood one morning. I can see it now: my mother would walk into my bedroom to ask me if I want pancakes or waffles (despite my open distaste for the first option), only to be greeted by the gruesome scene of her daughter with two puncture marks on her neck (or my wrist, or my breast—I really don’t know what vampires prefer). She would be numb with the bombardment of both sadness and anger. Until she finally floods my room with tears and wails (no, not the kinds with fins—though sometimes she sounds like one). Of course, reality isn’t nearly as romantic as TV would make it seem. Or so I found out when my worst fear came true.

I woke up around midnight, only to come to the realization that I couldn’t feel my legs. “Oh my God, it’s happening,” I whispered, giddy. I wiggled my fingers and raised my arms above my head, reaching for the ceiling. “Well, complete paralysis hasn’t set in yet,” I muttered. I sat up in my bed, greeted by a pair of beady eyes staring back at me.

“Rosco!” I spouted. My Great Dane jumped off of my bed and huffed as he made his way out of my bedroom. I massaged my legs until I began to feel the tingly, pin-pricks of sensation that I hated so much. After a little fit of frustration (the kicking helped bring the feeling to my feet), I threw myself down on my bed, rolling over onto my stomach. I took a deep breath and buried my head in my pillow. Just then I heard Rosco galumph down the hallway, again, and into my room. I rolled over onto my back and closed my eyes.

“Rosco, go away,” I ordered. The bedsprings squeaked with his weight and I felt pressure on my legs as he tried to play King of the Mountain one more time. I grimaced. My arm sprung out from under the blanket so that I could grab his collar and yank him off of the bed. But instead, he grabbed me. My eyes shot open.

There he was… my vampire, in the flesh. His yellow, diamond-cut eyes seemed scarier when they were five inches from my face than when there was a double-pane window and a wall between us. I tried to wriggle free from under him, but I couldn’t move. It was agonizing to be this paralyzed. My muscles ached and burned as I tried, with all my might, to throw him across the room. He smiled at me as he watched me contort my face in anguish. As he licked his lips, the light shone off his pointy canines.

“Hello, Love,” he whispered. “Are you happy to see me? I’ve been watching you. Watching you watching me…”

“You seemed more attractive through two panes of glass…and the darkness of the night,” I pouted.

He seemed offended. “You’re an unappreciative little wench, aren’t you?”

“Wench? I thought you were a vampire, not a pirate,” I lilted.

“I used to be a pirate in a previous life,” he smiled. “I’m here to take your life,” he professed. “In order to make mine a bit more fulfilling. And by fulfilling, I mean my stomach.”

“I was hoping you would be more debonair and charismatic,” I lamented.

He smiled. “Sorry to disappoint you, my love.” He kissed my lips. Despite my general distaste for his greasy hair and the stench of death that seemed to emanate from his every pore, my body swooned as his lips touched mine. I could feel my heartbeat race. He licked my neck. I wanted him to tear open my shirt and take advantage of my vulnerability, but instead he stopped and stared into my eyes.

He let go of my wrists. I wiggled my fingers. I wasn’t paralyzed after all. But I wasn’t going to move. He smiled at my obedience and immediately sank his teeth into my neck.

I must have passed out then.

“Do you want pancakes or waffles?” I heard the next morning. I opened my eyes to find mom sitting on the edge of my bed. My hand immediately went for my neck. There was something there. A puncture wound or a gash? I jolted up out of my bed and made a bee-line for the bathroom. As I was busy examining my lesion, I could hear Mom in the kitchen, banging pots and pans and listening to the news on the radio. My stomach turned at the idea of conventional food. That must be the vampire in me. I put a bandage on my neck and poked my head into the hallway. The shades were still drawn from the night before so I snuck down to the kitchen.

I could hear the radio as I crept down the stairs, “…down highway 9. Can you believe this nutcase? When the authorities asked what he was doing, he replied…get this… ‘I’m running away from the sunlight because if it touches me, I will turn to ash.’ Haha, then—this story just keeps getting better and better—when they got some tests done on the guy, police found he had hepatitis B and gonorrhea. He sounds like a winner, girls! Better get in line before someone snatches him up! You should see this guy’s mug-shot. Ugh, he’s got greasy black hair and fake vampire teeth. Looks like Twilight has finally made everyone insane.” 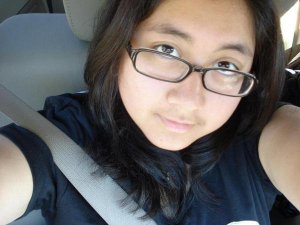 JOY BERNARDO is a freelance writer and storyteller from the Pacific Northwest. She has written for a number of non-fiction, online publications including Beats Media UK, Musikface, and Grand Ascent Online Women’s Magazine. She is still learning how to properly use a semicolon and frequently breaks the rules for sentence fragments because she finds them punchy, dramatic, and short. Just like her.

When she’s not writing, you can often find her curled up on the couch with a book and a cup of tea or watching a scary movie on Netflix. You can also find her online at www.joybernardo.com.