Fiction: “The Music of Difference” by E. M. Byrne 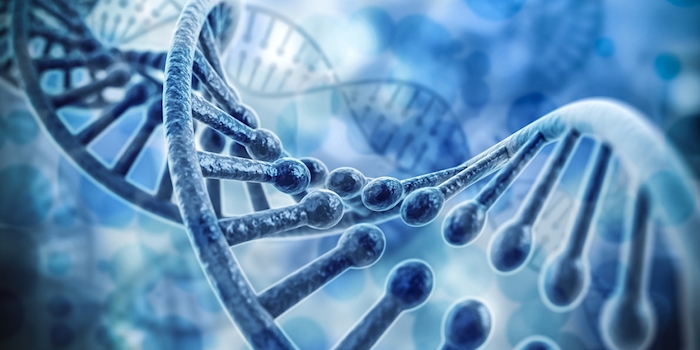 I just want to get it over with—have Tina’s family judge my immune song to be lacking and declare that we don’t have a future together. Because that’s what’s going to happen, isn’t it? I swirl my wine, coming close to an embarrassing spill on the Ryans’ pristine polar-hair sofa. I feel Tina tense briefly beside me, then nudge me gently back to my best behaviour, as Tom meets my eye.

“So, Graham—how’s the…what’s it…that you do…that you make? Those…” Tom sets his arms undulating randomly in what I presume is a reference to my multiperspective tapestries, his lips struggling to contain a patronising half-grin. “How’s that going these days?” He knows the name of my craft, but he’ll never give it the honour of an utterance. I’ve always suspected that he’s composed entirely of smug.

“Good, Tom,” I reply, keeping the tone upbeat and slapping down the little bits of defensive hostility he always brings out in me. “Revenue stream is still stable, thanks,” I add, elaborating on what he really wants to know. Or, rather, what he doesn’t want to hear, since both he and my mother-in-law-not-to-be, Eve, made up their minds a long time ago.

They’ve had a tough year, though. Tina’s sister’s image subtly projects from the wall to my left. She literally dropped dead six months ago, suffocating during a megamumps outbreak; didn’t have any of the protective variants among her HLA genes. The fight against rapidly evolving bugs becomes progressively more feeble, despite so many advances in other areas.

We watch a rogue wave send a thirty-foot spray needle to bisect the view from the Ryans’ panoramic living room window. The house was strategically located to take advantage of the mini-geyser effect from a small arch on the rocky shore. I notice the sea scent again, from the spray; the air-intake filters were designed to admit desirable elements of the outside world. Far to the right, the monolithic bulk of my childhood home, ManorCitiSouth, leaves a rectangular hole in the horizon. I can almost feel the thrum of its seven-hundred-thousand residents and struggling, antiquated air-handling units. From my vantage point it appears to be on the coast, but I didn’t even see the ocean until I was fourteen.

I hear the patter of small but not-so-tiny feet behind me. “We’re ready to start now.” Eve’s voice has the clipped precision of a neural engineer, but right now it’s modulated with an almost child-like excitement. She appears around the far end of the crescent sofa and executes a graceful slide to alight on it, tucking her legs beside her, a few feet to my right. “Standard rite, Graham, starting with the A gene on one of your pair of Chromosome Sixes—do you have a favourite?”

I wearily shake my head, just managing to keep my eyes from rolling up.

“At random, then. For each variable position we’ll hear a note, middle C for arginine or one note higher for each of the other nineteen amino acids in order of hydrophilicity. So we’re covering a bit less than two octaves.”

Does she think I didn’t know this? It’s like hearing my sentence read by a judge.

Tom smiles, sweeps his hands towards each other with the subtly expansive motions of a sunlight-access lawyer, and delicately rubs his perfectly-manicured fingers together in anticipation. I think it’s an amusing game for them both as much as a tradition.

I can’t believe this superstition is still around. A century ago, they’d simply have evaluated my genes in the context of the bugs that were around at the time, and what was thought might emerge soon, or re-emerge. But scientists soon realised they hadn’t a clue what was coming. And then things went backwards—we made new superstitions from scratch—like this one: translating the bits that vary along each gene to musical notes…then testing out the sound they made on the matriarchs! Sure, making music from genes, proteins is fun…and that’s how it began soon after the genetic code was worked out, in the late Twentieth Century. But this ritual is madness. They might as well flip a coin.

Eve leaves the room and returns a minute later, wheeling out Grandma Ryan. Blind as a bat, she sits still and silent. I pause a breath and divert it to a half-swallow. She seems to be staring right at me from behind a set of odd, frameless, thick glasses, until I make myself believe that the eyes aren’t real. She seems to be sniffing…me?

Tina warned me that the old lady’s eyes were destroyed in the oculococcus epidemic three decades ago. She said the sockets still exude a powder—spores from the ongoing infection. The doctors couldn’t remove the last remnants of corrupted tissue without killing her, or at the very least damaging her frontal lobes beyond humanness. So they sealed a set of crudely-fashioned acrylic goggles—all that was available, due to a silicone shortage—over her cheeks and brows to protect the world from her. Despite the local destruction they wrought, the bugs couldn’t emerge from other venues. And it was too risky to replace the goggles with better materials or engineered tissue. Today she gets to use her ears, and what’s left of her mind, in the crucial inter-generational ritual.

Tom sets down his glass and clears his throat. “The pipes,” he announces, then makes a series of gestures while looking down and towards the centre of the room. The wide end of a hollowed-out jumbo walrus tusk rises slowly from a concealed aperture in the floor, stopping after about ten inches is exposed. A slightly smaller specimen follows, directly behind and offset left, topping off just above. A series of eighteen more progress clockwise to complete the Ryans’ ceremonial sound-delivery spiral tower, reaching a good nine feet high. No mere holograms, these ivories are the real thing, or so I’ve been told. A faint, inoffensive, but distinct smell curbs my instinctive urge to reach out and touch, to confirm that I’m dealing with something more than a trick of light. The whole set is said to have been bagged by Tina’s great-great grandmother—Grandma’s mother’s mother.

Following Tina’s lead, I rise to my feet as the pipes are put through a couple of test scales. I seem to feel the notes through my body, from soles to scalp and back as they go low to high and return.

Eve, uncharacteristically quiet since the tusks began to emerge, takes her gaze from them. “OK, Mom…” She touches Grandma gently on the shoulder. “…we just need a thumbs-up or -down from you.” She gestures for my gene-play to begin.

I let out the breath I’m holding as the first few notes make a decent sequence in my ears—nothing cacophonous, anyway. Then I freeze as two tones hit me together, pulling me up by the hair and down by the toes. Where’d they come from? The convention is to play one at a time… Another pair yank me by the left elbow and thump my right shoulder, followed by a couple of single notes, then another delicious harmony, extending the fortuitously pleasant succession.

Grandma is stirring in her wheelchair and her face becomes animated below the Perspex stare. Tom looks stunned. Eve’s eyes are wide. Old Faithful sends a huge spray, then another and a third, in lucky synchronicity with three more chords. Grandma’s face is contorting, and although I know she can’t make tears, I’m almost afraid something will burst from behind the goggles; she’s gasping for air.

I look at Tina, stumped.

Her eyebrows are a little raised, too, but she’s struggling to contain a mischievous grin. “I added my genome to the file and synced it to play with yours,” she whispers.

The chance melody, with its sprinkling of rousing chords, continues, but it’s only a matter of time…. I scramble to turn it off before it can hit a dissonant pairing. “Tell them,” I address Tina.

I see where she’s going. “…a child we could have together! Every two-note chord is a double chance to beat a microbe—a different version of a piece of a HLA gene from Tina and me!” I finish.

One of those trivia pieces I read on attraction, HLA, and the sense of smell pops into my head. Tina’s probably already sniffed me out for compatibility. It’s not all about what we have. It’s also about what we have that’s different from each other.

Tom looks pensive, his fingers frozen in the precise little pyramid he’s been playing with. Eyebrows raised, chin contracting his bottom lip up in that look of quizzical resignation of a man-who-may-have-to-reconsider, he catches Eve’s eye. She nods.

A crackle, like alto static, rises from the centre of the room and morphs into words. “Welcome to the family, Graham.” Grandma Ryan, silent for over a decade, has reclaimed her voice.

Tina whoops and I laugh.

Oops! Have we set up a whole new tyranny for future generations? The tyranny of harmony?

E. M. Byrne has been sneaking sporadic scraps of short speculative fabrication into Every Day Fiction and now Stupefying Stories – links at https://embyr333.wordpress.com/fiction.