Fiction: “The Book of Judith” by Judith Field 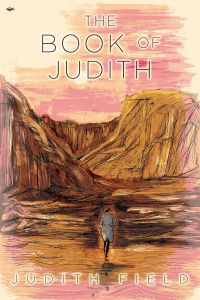 Looking for the perfect little stocking-stuffer to go with that new Kindle or tablet you just bought as a gift for someone special? You can’t go wrong with The Book of Judith, by Judith Field.

But don’t take my word for it. Read the reviews on Amazon.co.uk:

“These stories present a refreshing fusion of styles. Life, wonder, and magic, sums it up — often the fantastic and magical meets the reality of everyday life in a way that I’d imagine fans of Pratchett and Gaiman might appreciate.”

“This collection is by turns funny, absurd, and poignant, and never less than thoroughly entertaining. Highly recommended.”

“Judith Field celebrates the extraordinary. It lives in every line of her stories alongside Magic, friendly ghosts and paranormal entities. Each tale also contains Human Beings who are warm, full of sentience and often conflicting emotions. Allow yourself to be whisked away to ordinary suburbs where incredible things happen all the time.”

Still not convinced? Then read “Sport of Kings,” which is not in the book, but was published in SHOWCASE back in March and only recently rescued from the crevasse.

The Book of Judith:
Sixteen Tales of Life, Wonder, and Magic, by Judith Field

Now available for Amazon Kindle and Kindle Reader Apps at these links: