Fiction: “The Path of the Sun”
by Tanya X. Short 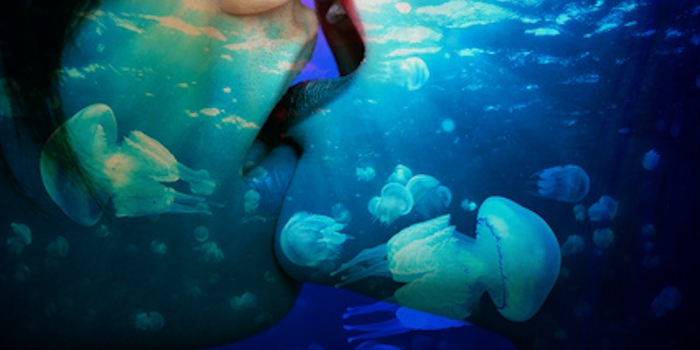 Eyeliner on so thick it will make him look her in the eyes.

A hot pink bra glowed under TC’s white tank top. The top’s material was thin enough to show the freckles on her shoulder blades moving like schools of fish as she danced. She could see them in the mirror.

TC blasted her music at full volume. It heated the molecules in the air. They say it’s mindless, but who needs a mind for that animal desire? The song is timeless. Pure. You could beam it into space and the alien fertility rate would skyrocket. The record label mathematicians improved the science of audial pleasure, year on year, and now they must have peaked. It can’t ever get better than this.

A knock on the door.

TC turned the speakers off.

“Leticia, honey, your boyfriend is here.”

Jake stood behind Mom. He probably heard her pop anthem. Her face felt hot. Would he feel weird it was in Spanish?

He wore a little smile as he closed the bedroom door.

His kiss hello dipped sweet and deep, but TC cut it short.

“So, there’s bad news and there’s good news,” she said.

He sat next to her on the bed. His eyebrows arced upwards, mischievous.

His weight on the soft mattress pulled her towards him.

“Well, the bad news is that even though I got my pill prescription, the nurse said it will take, um, three months to become completely… reliable. So…”

At ‘three months’, he looked at the floor. It was already July.

He’d be at UC Santa Cruz next month. Leaving the Zodiac Squad.

“But… look!” she said, “I went out for lunch, and um… guess what I found in the restroom of the pizza place?”

TC pulled out the little plastic square that’d been burning in her wallet all afternoon. On the front in purple: ULTRA SHAPE.

Jake looked at her, and then at the condom.

A bright, neon-blue light shines in the bedroom window from outside, right into TC’s eye, brighter than anything, like God with an angelic laser pen. That’d never happened before.

A whole fleet of neon-blue space-jellyfish burst through the window, each one pointing its wriggling hairy, ooze-covered limbs towards TC. Brain-suckers.

She raised her Zodiac Ring. Too late.

Some of the glass flew in past the magic shield, into her face.

A few of the hairy limbs brushed TC’s fingertips, leaving slime behind.  Pain exploded from her eyes backwards and then she was on her back on the floor, ears and nose dripping warm.

Sunlight shone from her Ring, hot enough to make the bottom of her bedcover smolder. The brain-suckers scorched but they didn’t burn. Blackened, still they battered against the shield, straining to reach around. The Ganymede Swarm must have improved their technology. Again.

Jake had transformed into Scorpio and his knife skewered a few of them. He moved too quickly for TC’s eyes to follow, but her eyes couldn’t follow much of anything right now anyway. She shut them hard against the neon blue washing her room in bio-luminescent nausea.

Curled up on the floor, TC shouted, “LEO!”

It came out more as a hoarse crackling, but the Zodiac spirit in her ran fiery all along her hands and across the back of her neck.

She found her feet. Brass claws fit themselves perfectly between her fingers.

They’re just jellyfish. She can handle this.

“So my condom’s not good enough for you?” TC growled as she pounced.

“So the whole pharmacy fear was a lie?”

TC glimpsed another armada of brain-suckers outside the broken window, lighting the front yard like a crowd of rave kids. They filed in with seemingly infinite patience as their comrades died by the second, awfully polite for intergalactic assassins.

The chunks of sliced-up space-flesh start to pile up, slippery underfoot.

“Is that what you called it when you were with Megan?!”

At the mention of Megan, Jake looked at her, eyes pleading beneath the Zodiac spirit transformation.

With their target distracted, the brain-suckers struck. One of them slipped in past Jake’s knife and lodged itself against the left side of his head, thrusting its tendrils deep into his ear, ignoring the spirit mask. Jake’s eyes turned glassy. His spirit’s mandibles stopped moving, then winked out as he fell unconscious. He’d be dead in moments.

TC tackled him, her massive leonine jaws biting down hard on the jellyfish where it writhed. She dared not pull out the drinking tendril, in case it’d buried its hooks already, but she felt the slimy thing go limp. She spat it on her floor beside the wreckage of the others and threw her head back, roaring to the stars. The distant suns answered, as a unified chorus, filtered through their closest member. Sol sang with the voice of a universe of justice.

By the time Jake snapped out of it, it was nearly dinner. They agreed to clean up the sucker mess afterwards. He helped pluck the glass-shards from her face and hands, wiped up the blood. TC used up the last of the Band-Aid package.

So this is the end of it, she thought.

“You’re really going to be okay here?” he said, almost too softly for her to hear.

“You inviting me to live in your dorm or something?”

Cold night air trickled in through the broken window.

“I’ll get a job. Someone’s gotta stay and fight,” she said.

“Yeah. Those freshmen would be dead without you. Day One.”

TC studied his face, but didn’t see any sarcasm.

An impatient knock on the door.

She leaned in to finish that kiss hello. He met her halfway. 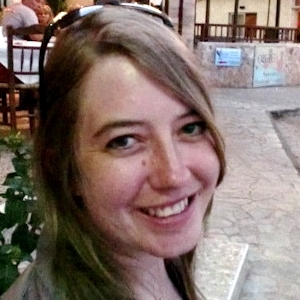 Tanya X. Short is a video game developer by day and lives with her partner and cat in Montreal, Canada. She has published short fiction in Bards & Sages Quarterly, Mars Magazine, and other outlets.

[Editor’s Note: Since that bio seems a bit scant, I’d like to add that you can follow Tanya on Twitter at @tanyaxshort, follow her game industry blog on Gamasutra, view her game design portfolio on http://www.tanyaxshort.com/, or learn how she got into the game design business from this interview on Nerdy But Flirty. (I don’t name the websites, I only link to ‘em.) You can also check out Kitfox Games at their official website, http://www.kitfoxgames.com/, follow the Kitfox twitter feed at https://twitter.com/KitfoxGames, or if you’re lucky enough to be at Steam Dev Days in Seattle this week, you just might be able to meet Tanya in person, if you move quickly enough.]