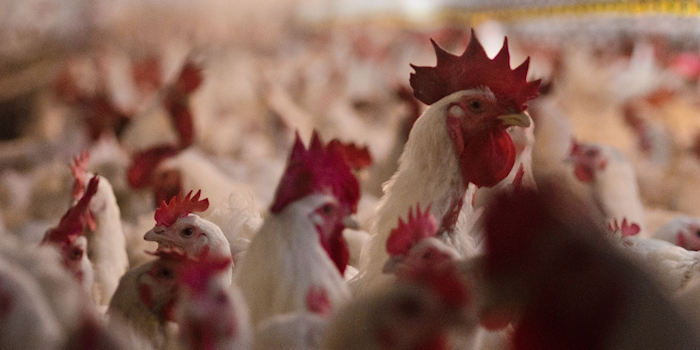 “Do you know how many species of post-arboreal bipeds we have on the conservation list?” the vaguely froglike creature asked. It was the size of a rhinoceros and using its tongue to manipulate a three-dimensional holographic listing of species and their home systems.

“Not offhand, no,” Megan said. Her supervisor, the American Ambassador to the United Nations, would probably have found that response far too flip for the situation. However, the nervous breakdown he’d had at First Contact the day before meant he wasn’t saying much at all right now. The rest of the diplomatic staff had done better, at least until they’d learned what the aliens wanted. Suffice it to say that Megan was now on her own.

“One hundred thirty-seven!” the Frognoceros said. Megan was proud of coming up with the species nickname, even though humans might not be around much longer to use it. “Your kind is simply too competitively efficient.”

“Isn’t that a good thing?” Megan asked. “I would imagine it would improve the galactic gene pool.”

“We’re fully capable of improving the gene pool whenever we feel the need,” the Frognoceros said, its tongue flicking more rapidly into the air now. “We’re not some pre-genetic-manipulation society, you know!”

Megan leaned forward in her chair and sank her chin onto her hands. Red curls fell in front of her eyes, but she allowed them to stay there to obscure the satisfaction she was feeling. That was the first time she’d gotten one of those aliens angry, the first time she’d found a weakness. Carlos didn’t betray even a hint of emotion from where he sat next to her, but she heard the scratch of his pencil speed up as he took his notes. The junior staff who hadn’t gone crazy had been too terrified to volunteer for secretarial duties at a meeting whose minutes might well include plans for the extermination of eighty percent of the human race, but Carlos was a true professional. Or a sociopath. Either way, he was being very helpful.

The Frognoceros’s companion tapped its desk loudly with one of its wing-claws. It weighed no more than a small man and looked like a cross between a pterodactyl and a bat. “What my supervisor is trying to say,” it said, “is that we’re doing extremely well for species diversity of your type, even if your species is in the top ten percent of all bipeds for sheer ruthlessness in filling and expanding its ecological niche.”

“Exactly,” the Frognoceros said. “And we don’t want to eliminate your species entirely, of course. We simply want to relocate you to your native grassland biome.”

“Which has a carrying capacity of less than a tenth of that of the rest of the planet,” Megan said.

“I already explained that your species was simply too effective,” the Batrodactyl (no, that didn’t sound right) said, tapping its wing claw loudly again. Emotional reaction? Probably. Human effectiveness apparently made this one angry. “That you’ve pushed out other species is the entire point!”

“Which other species?” Megan asked.

“That’s the business of my…our xenobiologists,” the Pteronabat (that wouldn’t do, either) said. It waved one of its wing claws around in an airy manner. “I’ll have them send you a report.”

Its other claw was tapping the table. Loudly.

“I’d like to see that report as soon as possible,” Megan said. What was in it?

“Can I get a summary for the meeting minutes?” Carlos asked. “The General Assembly’s going to want to know.” Bless that boy. The GA delegates were all insane, drunk, suicidal, or some combination thereof by now, but he was playing this perfectly straight.

“Very well,” the Frognoceros said, flicking its tongue through the 3D matrix and changing the output. Its movements were more whiplike this time, probably from annoyance, but it was clearly a professional at this sort of thing and didn’t betray that annoyance in its more overt reactions. “It looks like…ah, yes, a variety of lizard species. That’s odd…I didn’t think lizardoid bipeds or quadrupeds were particularly rare.”

“They aren’t,” the Batrodon (better…) said. “Check the follow-up report. Lizardoid avians evolved from the bipeds.”

“Oh! Lizardoid avians! Those are much rarer…I’m sorry about your race, Negotiator Megan, I really am, but we have so few lizardoid avian races under conservation right now.”

Megan smiled to cover up the string of curses flying through her brain. That line of questioning had just made it even more implacable, and now the Batronadon was hardly tapping its wing-claws at all! What was she missing?

“Is there anything else?” the Frognoceros asked. “We really should get—”

“Yes,” Megan said, so sharply that Carlos jumped a little and the Batronadon tapped its claws straight into the oaken table. “I’d like to know what your appellate procedures are.”

The Frognoceros inclined its head, an acknowledgment from one skilled bureaucrat to another. “Full de novo analysis by the Confederation Tribunal, which only meets a few times per galactic revolution. That can only be invoked by a clear showing of prejudice or factual error in the original review, though, and we really have been quite thorough, I’m afraid. Your request will doubtless be denied in less than two of your years.”

“I would never impugn your thoroughness,” Megan said, smiling for real this time, “but I fear I must lodge a complaint against your impartiality.”

“My what?” the Frognocerous’s tongue flicked rapidly out of its mouth. “I have never run a biased conservation hearing, and I should like to hear what you think I’ve done!”

Megan’s smile widened at the sound of more rapid tapping from the Batronadon. “It’s nothing you’ve done, sir, but I fear there’s a chance you’ve been misled.” The tapping was like a metronome now. “Tell me, do members of your assistant’s species make up the xenobiological staff on this expedition?”

“Several are, yes, but what does that have to do with your planet?”

“I’ll note that for the record,” Carlos said, pencil scratching so fast that it nearly drowned out the tapping.

“I’m just not sure I can convince my fellow bipeds of the legitimacy of this tribunal,” Megan said, “when lizardoid avian xenobiologists find the need to replace us with more lizardoid avians.”

“What the…Analyzer! You didn’t think to mention this?” the Frognoceros asked the Batronadon. The former’s tongue was now a blur.

“The science is solid, Emissary!” the Batronadon said. Its last tap was so hard it got a claw stuck in the wood.

“I have no doubt there’s good science behind it,” Megan said blandly, “but I’m sure you can imagine how this will appear as a simple land grab to someone not so familiar with such science.”

“It’s not…” the Batronadon was struggling to extract its claw. “Our research is impeccable, Emissary!”

Carlos nodded. “I’ll let the record show that the Emissary’s assistant stood firmly by the research done by the fellow members of his species,” he said, twisting the knife.

“Wait, no, don’t…” the Frognoceros said. “If the Sub-leader thinks…” it trailed off, then got its tongue under control. “I’m putting this hearing on hold until I can have an independent team verify the results. You simply cannot be too careful with decisions of this magnitude.”

“You can’t put this off!” the Batronadon said. “They’ll have killed off all the descendants of the lizardoid avians by the time a review can be completed!”

“I think we can solve this together,” Megan said, earning surprised looks from everyone, even Carlos. “What if the human race enters into a consent decree on this issue? We keep most of the land regions of the planet, protect the lizardoid avians from additional exploitation and keep the skies reasonably clear for them, with no further investigation required.”

“Go on…” the Frognoceros said, ignoring the angry tapping from the Batronadon.

Half an hour later, Carlos’s notes would detail how Megan simultaneously saved billions of people and became the incarnation of Judas to the members of the now-defunct poultry industry.

Steve Quinn is a lawyer by day. Usually. He does a lot of project management and some coding, too, and occasionally fixes his colleagues’ computers with a Sonic Screwdriver. When he’s not writing legal or computer code, he’s probably being hit with escrima sticks. 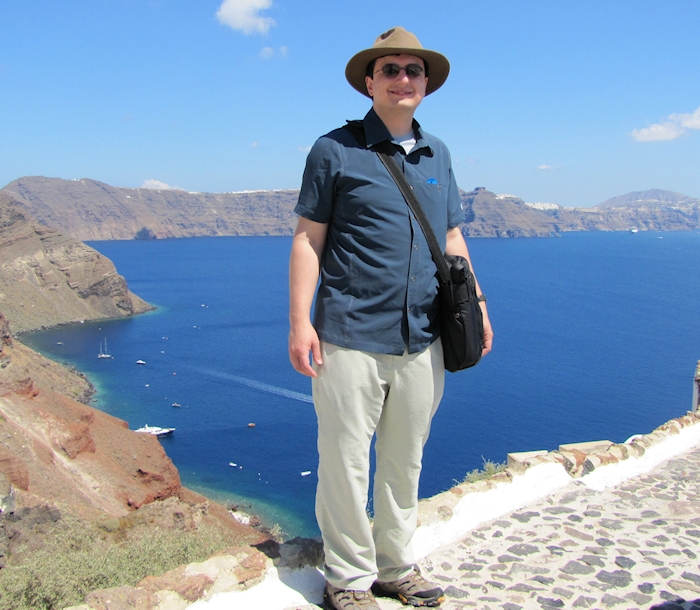