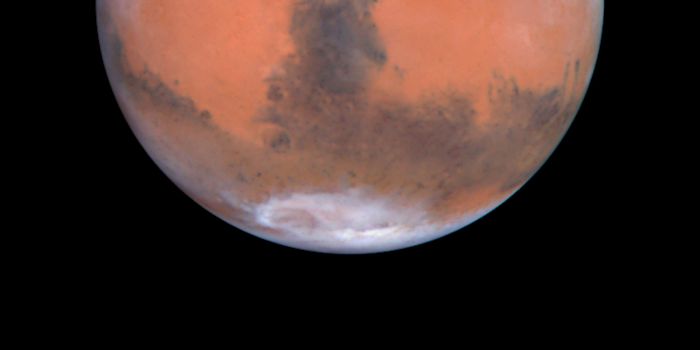 Eternal fame, top hammock, and a shoe contract all came down to five used drinking straws clutched in the oversized mitt of a slightly inebriated Irishman. We consumed half my stash of medicinal whiskey celebrating the landing and arguing over Mick’s self-proclaimed Martian Rules. “Down a shot. Pray or don’t pray, as ye see fit. Choose.”

It wasn’t supposed to be this way. There had been a ninety-seven-page international treaty sequencing the precise order of Martian egress—bureaucratic gibberish for who walks on Mars first—by our international crew. But when Texas seceded, the treaty was voided, and my shoe contract too. I had seethed about my ill fortune until my young son had told me, “It’s okay, Papi,” on our biweekly video call.

That was the last time I saw him, clutching an overstuffed bear with a red bandana around its neck, blowing me a kiss.

Kaiza’s large hand swayed over the straws like a black cobra. “Can ye be picking already?” asked Anna-Jing, our pilot, in a fake brogue. Mick, holding the straws as still as Gagarin’s altimeter, ignored her. As the mission commander, he should have claimed the privilege for himself and saved us a month of infighting.

“The Martians are going to climb into their little rovers and drive back to their canals if you don’t hurry up,” said Olga. Only Mick laughed. Kaiza tossed an aboriginal curse over her shoulder as she nipped the purple straw.

We all stared. “Uh, which is it?” asked Anna-Jing, standing on tiptoe.

“What, you don’t know short from tall?” Olga, a human flagpole, towered over us all now, especially Anna-Jing. Prolonged exposure to zero gravity did that to some people.

“Shut the hell up,” I said, regretting the words a nanosecond later. We all were on edge. I hadn’t slept much for the past forty-three days, ever since the horrific news from San Antonio. And when I did sleep, the charred body of that bear haunted my dreams.

Kaiza looked at me with sad eyes and Anna-Jing stuck out her tongue, half-heartedly.

“Next,” Mick said, as he poured another round. Our quandary had been fervently debated for months, both on our spacecraft en route to Mars and on that shrinking blue speck to our stern. But the treaty committee members had been distracted by the growing epidemic of civil wars and coup d’états in their homelands, and Mick had grown tired of us slinging insults at each other over the matter.

“Letting the shortest win seems a bit unfair,” said Olga as she threw back her shot. Anna-Jing responded with a one-fingered salute, this time with vitriol.

We were beyond the edge, only three hours into a two-year stay a quarter of a billion kilometers from home. A home where civilization was fracturing, and there was nothing we could do about it.

Olga sashayed toward Mick as if she was wearing a miniskirt instead of coveralls. They had been hammock buddies since we left Lagrange Station Four. A demure smile, followed by what would have been a hair flip, back when we all had hair. “Doesn’t the commander have the right to take what he wishes? Exercise the lord’s right to take—” Giggle. For a former Spetsnaz major, Olga giggled too damn much. “—that first step?”

“The term is puta,” I said, in Spanish. Safer that way. Only I knew I was being a jerk.

Olga ignored me as her hand settled on Mick’s forearm like a falling silk handkerchief even while she ground her hip into his crotch.

She dallied at green, lingered over red, then damn near had a cup of coffee and a smoke over gray before snatching brown.
Long. Really long.

“It’s the acceleration couch for you tonight,” said Olga, her lips halfway between a pout and a snarl. “Bogtrotter.”

“Hey,” said Kaiza, still eyeing the purple straw. I half expected her to reach for a set of calipers. She put a hand on Anna-Jing’s shoulder. “Your go.”

Anna-Jing squeezed the huge hand in her two tiny ones. “Well, Commander Bogtrotter, I’m thinking Irish green,” she said, as she clambered onto the console, eye to eye with Mick.

“Gray, then, like a Dublin summer?” Her repartee was getting as stale as Olga’s jokes.

He blinked; she grabbed. Gray. Short.

“Your turn, Gabriel,” said Olga, in a tone that almost sounded like she was rooting for me. Or at least against Anna-Jing.
I rose to my feet, unsteady after months in space. The fervent speech that I had composed for this moment during those sleepless nights, lobbying for my stolen right to be the first, echoed through my head. “I—”

“No.” Kaiza, her voice deeper than normal.

“Not that.” Even deeper, almost hollow. Kaiza’s gaze was fixated on the wall screen.

“Something wrong with the Collins?” Mick asked urgently. Our ride home, tucked safely in orbit, on autopilot.

Anna-Jing vaulted the navigation console effortlessly in zero-point-three-eight gravity, landed softly beside Kaiza, and squinted at the display. “Not that either. Canberra. Damn.”

“Another feckin’ nuke?” asked Mick, crossing himself. I did likewise.

This time I poured. We drank in silence, the long-rehearsed diatribe erasing itself from my mind.

“Get on with it,” said Anna-Jing, as she toggled the wall screen to a view of Pavonis Mons. “We’ve a new planet to screw up.”

I studied Mick’s face, square-jawed and freckled. He lifted up the two straws, red and green, so that they were in my line of sight. I scanned my hand across the tops.

They had found that bandana in the ruins of my son’s preschool after the Three Day War. I chose the red straw, closed my eyes and willed back tears.

When I opened my eyes, Anna-Jing was holding her straw next to mine. Red was short, but gray was shorter. Mick revealed an uncut green straw. Short straw wins. Martian rules. I attempted a smile, failing.

An hour later, I stood in the airlock with Anna-Jing. As the outer doors slid open, the Marsscape unfurled before us, Deimos squatting on the horizon. She squared her shoulders and stepped forward onto the Martian sandstone, left boot first. I followed.

Fifteen minutes later Olga and Kaiza joined us. As Mick emerged from the airlock, Olga snapped to attention and saluted him before breaking out in laughter. The first, and possibly last, Martian group hug followed. Then Anna-Jing’s helmet touched mine. “Here,” she said, placing a small red stone in my gloved hand.

I stared down at her. 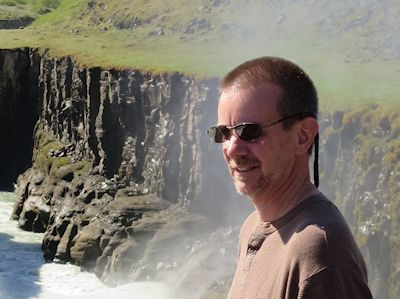 C.R. Hodges lives in Colorado with his wife, daughters, a dog, a turtle, and no ghosts that he knows of. He writes science fiction, mythica, and ghost stories. His work has appeared in Cicada, EscapePod, On the Premises, Bards and Sages Quarterly, and Silver Blade. Not being an idiot, he has no plans to quit his day job running a product development company. When he is not writing or designing cool new products, he plays the euphonium and does pro bono work for the local hospice. His on-line haunts include http://crhodges.wordpress.com and http://www.facebook.com/C.R.Hodges.Author.