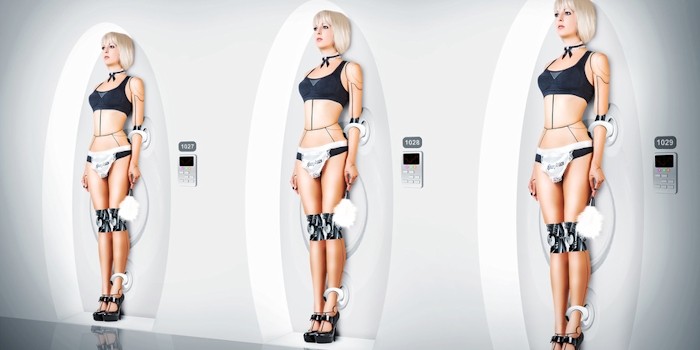 I’ll tell you here and now, being a Quality Assurance consultant sometimes feels like taking candy from a baby. Especially when I run across nimrod executives who couldn’t engineer their way out of a wet paper bag.

Given their profusion—the nimrods, that is, not the babies or the bags—business was booming for me. My latest consulting contract involved a smallish company called “Cybernetics ‘R’ Us,” which was trying to carve out a niche in the burgeoning commercial cyborg industry. Judging from the exorbitant fee they offered me for my services, they either had more money than sense—or they were in deep, deep trouble.

Definitely my kind of client, either way.

The grounds outside the Cybernetics ‘R’ Us factory were carefully landscaped, freshly mown, exquisitely manicured. Very tasteful. In total, the external appearance of their physical plant attempted to paint an image of control, order, mastery, prosperity.

In my experience, that fancy peripheral stuff usually belies the chaotic confusion and utter cluelessness that you find beyond the front door—particularly so in a startup company like this one, which had to scale up to size quickly.

Mr. Scott, their CEO, greeted me in the lobby. He looked like he hadn’t had much sleep lately.

“Mr. Anderson! Thanks for coming so soon. We’re in a real pickle here. We’re losing tons of money every single day that we fail to get our problem solved.”

I shook his hand. The receptionist handed me a temporary badge to clip onto my lapel, and I followed Scott to an exquisitely appointed conference room. A few people sat around the table, introduced to me as the managers of Engineering, Production, Marketing & Sales, Purchasing, Software Services, and the company Comptroller. I mentally catalogued each name, title and face.

“Where’s your QA manager?” I asked. Dull stares from around the table were my only answer. I’d seen those same bewildered stares before, from other clients. I could only nod my head slowly. “I see. Let’s move on, then.”

Scott summarized the problem succinctly. The prototypes of their newest product line, a domestic housekeeping cyborg, had been failing final performance testing. While the cyborgs performed admirably on all other basic housecleaning trials, they consistently glitched on one task: vacuuming.

“I assume you’ve already checked for electromagnetic interference between the vacuum motor and the electronic components inside the cyborg’s skull?”

The Engineering Manager spoke up. “It was the first thing we investigated, Mr. Anderson. Nothing is getting through the RF shielding lining our units’ brain pans. But, to clarify, the cyborg prototypes often lock up upon the mere sight of a vacuum cleaner, before it is even turned on.”

Interesting. “Where do your biological substrates come from?” I asked.

The Purchasing Manager replied, “Mostly from Asia, and the Central and South American countries.”

I didn’t really need to ask that question. I only did so to toss a subtle dart of disdain at these people and their industry, using my protective status as a contracted consultant to insulate me. I knew their processes well enough already: receive live people shipped in ice, cut open their skulls, scoop out their brains, insert a computer, do a bit of biological and electrical replumbing, then close them back up again. Voila! A cyborg product that makes money from the people rich enough to afford it, as well as making money for the people who provided the raw material. To my mind, while it was all marginally legal, it was still a disgusting business model.

Nevertheless, I needed to earn my own money now. I looked over at the Software Services manager. “Then it seems clear to me that the problem must lie in the software. What are the sources of the routines that comprise the code?”

“You’re aware that I’ve signed a non-disclosure agreement with your firm, yes?”

The man glanced over at his manager, Scott, who nodded his head.

“The software is very similar to what we used in our initial product line. That was a highly successful model, no problems at all with it. I hardly think this is a programming problem we’re dealing with!”

I tried not to snort. “If my research serves me correctly, your debut product was a straight-up sex model, right?”

The man seemed to grow a few inches in his seat. He leaned forward, eyes flaring, and jabbed a finger in my direction. “A very profitable sex model, sir! Very much so.”

“And yet, one might question if the same software routines would be completely appropriate for a purely domestic model. Tell me: what exactly are the constituents of your new model’s software?”

He shrank back down into his chair. “If you must know, it’s an agglomeration of several sources. Obviously, the main portion is comprised of the data from synaptic brain mapping of experienced domestic servants, to get the necessary aptitude and kinesthetic skills embedded. Secondarily, a false memory, to give the cyborgs a sense of selfhood and place.”

“A small dose of other things, from other sources, mostly to make the product servile, tractable and loyal.”

“And what are those sources?” I asked. I already had a hunch what the answer would be.

I leaned back in my chair. “Specifically, from Canis lupus familiaris, the common domestic dog?”

“I’m betting that none of you folks have ever had much if any experience with dogs. Am I right?”

I looked around the table. Everyone glanced at each other while they shook their heads slowly from side to side.

“And consequently, that explains your inability to grasp the inherent flaw in your product. You otherwise intelligent people are all ignorant of a very basic fact: that just about every dog on the planet has an irrational, bat-shit-crazy fear of vacuum cleaners!”

Solution delivered, I rose from my chair and exited the conference room.

Easy money. Like taking candy from a baby. But I already said that, didn’t I? 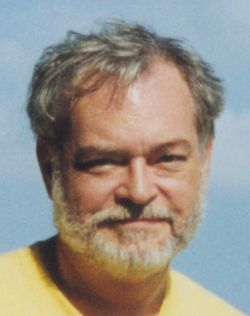